We hear about the concept of failing fast often, but what does it mean? Do people actually try to fail? That doesn’t seem like a successful way to grow your career.

Failing fast, to me, means taking chances that might not always end in success the first time around. But that “failed” outcome actually has a positive effect in the long run because of what you can learn from it.

What I have learned at Townsquare Interactive is that the person who succeeds is not the one who carefully navigates their day, week, month or year and plans everything out to a T. The person who succeeds is the one who is willing to take risks, take chances and be bold. This doesn’t mean that you won’t know how to fail fast if you’re a planner—it just means it might be a little bit more uncomfortable for you, and the goal here is to get comfortable being uncomfortable.

The funny thing is that I am actually a HUGE planner. I am very routine-oriented, and the idea of going into a project without a game plan seems crazy to me. What I have learned over time is that, while it is important to have a strategy, it’s not necessary to have EVERYTHING planned out at the get-go. Typically, the most valuable lessons will be learned when it seems like everything is falling apart.

Here are a few examples of times I learned the importance of failing fast:

Taking On a New Role in the Company

After a little over two years with Townsquare Interactive, I was asked to take on a new team, in a new department, with a strategy that we haven’t ever tried before. Terrifying, right? I went into the role with my blinders on, and my goal was to work as hard as I could and hope it all worked out.

This was not a great strategy. We were failing, but it wasn’t fast, because I was unwilling to take a step back and see what exactly needed to be done to improve quickly.

This was my first moment professionally where it would have been better for me to put less effort into keeping the ship afloat and, instead, let it start sinking to figure out what was needed to keep it above water in the long run. Although it took 3 to 4 months to get the system worked out (when it really should have taken half that time), it was a valuable lesson for me to be okay with failing… as long as I tried to do it faster.

Rolling Out a New Product

I was asked to put together a rollout strategy for a new product our company wanted to offer. Planner Me had it all figured out on paper. Well, at least I thought I did. We jumped into the rollout quickly—much quicker than I would have in the past, because I was confident I had the plan that would work.

A few weeks in, we realized that my plan was delaying revenue recognition for our core product, and we needed to re-strategize and implement a new plan within a few days. There were so many holes in the new strategy, and I found myself digging my heels in the sand with the new rollout timeline because I felt like it wasn’t going to work.

The new plan was going to roll out with or without me, so I realized it was time to get on board. The new system was flawed and the holes in the process needed to be fixed; however, there was no better way to find the best solutions to these flaws than to do it on the fly. This was the second time I realized it’s better to fail fast.

Throughout these experiences, I have realized the true benefit of failing fast in regard to implementing a product or process. Fixing it on the fly doesn’t seem so bad now. The funny thing is now I’m the one running full-steam ahead and being told to “slow my roll” with new product rollouts.

I have learned that the best way to get a plan implemented is to do the following:

A conservative thinker might want to work out all of the kinks in the stress test phase, but there really is no way to know FOR SURE that it’s going to work until its implemented. From here, the concept of failing is good, because it shows that there’s room to improve. Once the improvement is implemented (quickly), we already have a newer, shinier, better-functioning process.

So, when you begin to think about how you can fail fast in your career, think about those challenges, risks and additional tasks that you’ve been avoiding. Why aren’t you running after them? You might think that the worst thing that could happen is that you fall flat on your face, when, in all actuality, that is one of the best things that could happen. 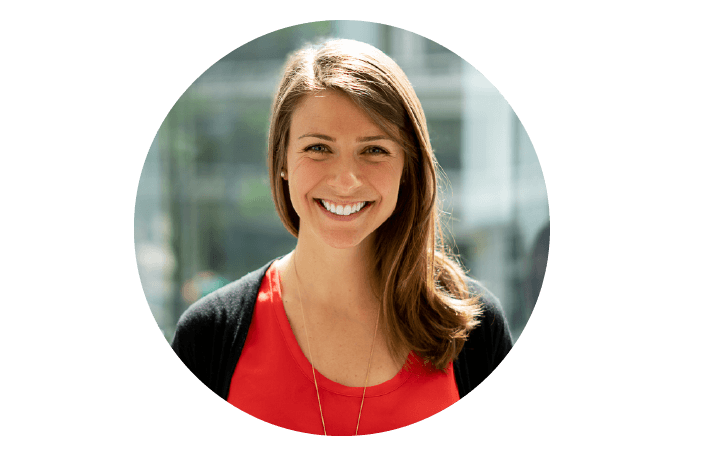 About the Author | Liz Garrick

From Cincinnati, OH, Liz attended The Ohio State University, where she earned her degree in marketing. After college, Liz worked in sales for a logistics firm in Chicago, IL, where she met her husband. After two years, Liz and her husband relocated to Charlotte, NC, where she started her career with Townsquare Interactive.

Liz enjoys hanging out with friends, hiking with her dog Theo and traveling whenever she can!